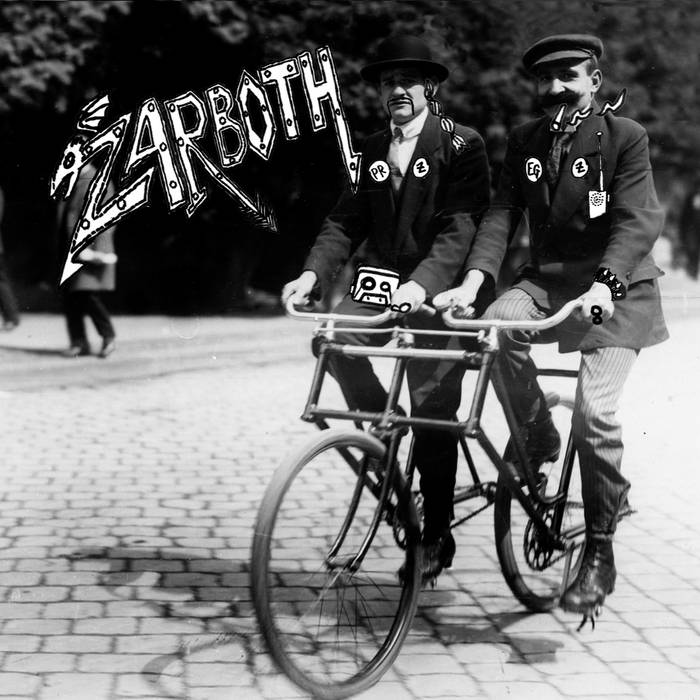 Rising from the sophisticated underground of Paris, Etienne Gaillochet (of Paris finest We Insist!) and Phil Reptil (jack of all trades in guitar-madness) stumbled together for a blindfold project full of twisted rhythm, beautiful yelling and playful staccati.

ZARBOTH: It's a free-noise-metal-jazz mix of whatever; it's whenever; it's cities, fields, rain, shoes, sun, water, laughter, east, yeast, night, love, Paris, German beer, cigarettes from anywhere; everywhere; friends, and from Pantera to Bill Frisell then beyond...

The self-titled debut album from Zarboth sees Dresden's DISCORPORATE RECORDS and EXILE ON MAINSTREAM RECORDS join forces in East Germany for the release with distribution through Soulfood. East Germany has become a very special place for
Zarboth, as well as any band that has ever been involved with these labels, and has been proudly adopted as honorary citizens and a second home in their hearts. Nevertheless, Zarboth is first and foremost a French band, and the album will see a release in France through the excellent independent label HEAD RECORDS (Goodbye Diana, Pneu, Superbeatnik).

Yes, dear people! Another crazy duo and a hell of a lot of fun! A journey. A glimpse. Or to say it in Bill Hicks' words: IT’S JUST A RIDE! So is ZARBOTH