by Buke and Gase 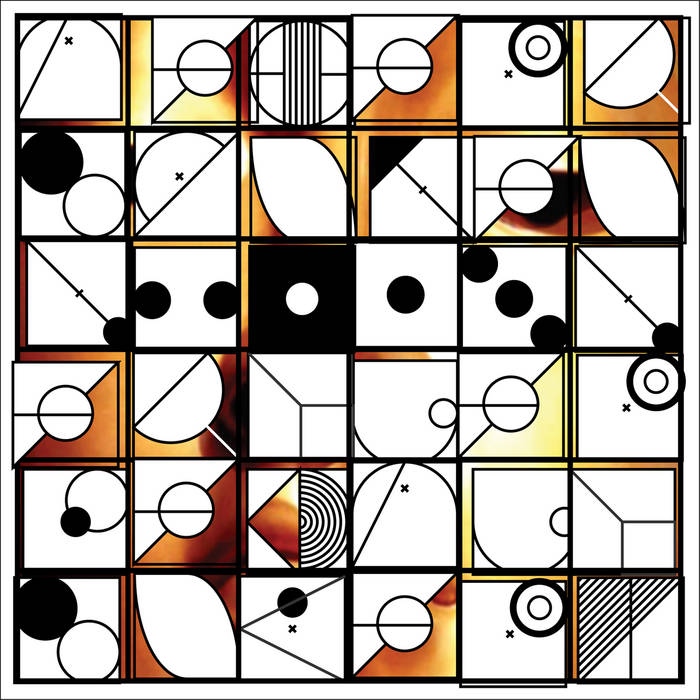 Manuel Cervantes Buke and Gase has now pushed the limits of creativity to extra-dimensional territories, in a nutshell. Favorite track: In the Company of Fish.

"On each of their releases to date, Buke and Gase have never been anything less than absolutely thrilling." PITCHFORK

Buke and Gase have this vague sense of unease. Like someone, somewhere is always watching. Do a Google image search for the band's new album title 'General Dome' and you'll come across images that instill ideas of paranoia and surveillance such as security cameras and rockets being launched. In times like these, when governments can freely survey the citizenry's every action and our lives become increasingly less private, people are often drawn to code. Take a look at Buke and Gase's album cover above. Its minimalist design could mean nothing at all. Perhaps this would be the case, if this were any other band than Buke and Gase.

Inspired by a recent Sol LeWitt exhibition at the Dia Beacon museum in Beacon, NY, Arone Dyer and Aron Sanchez started brainstorming about coded imagery. They decided to build a system of images that would dictate the direction of the artwork, which lead them to creating a new alphabet they could write with, not totally different from the way they create their music. They built a graphical alphabet that the artwork is made of, the code of which will be available on their website once it's released. There are more coded images like this throughout the packaging.

Change is good... when you live in the busiest city in the world, escape can be the mother of invention. It can be said three notable changes led to the new sounds that are encapsulated on 'General Dome', the new full-length record of uprising phenomena Buke and Gase, set to be released on February 2013 by Discorporate and Altin Village.

Firstly: In 2011, Aron Sanchez moved from New York City to his home in upstate Hudson, NY. Arone Dyer thusly followed, therein marking a large geographical change. She then began riding a motorcycle, the obvious next step from racing and building bicycles, and has been exploring this new form of excitement vigorously and often. She claims it comes across in the new music.

Secondly: They rented a cavernous empty room in between heavily used railroad tracks, warehouses and the Hudson River, and set up a temporary recording studio, a far cry from their previous digs, Aron’s tight little basement space. The recordings have hints of their surroundings, such as natural reverb, train horns, rumbling annoyances, and the size of the new space also led to a grander songwriting style. As per usual, they recorded and mixed it themselves (only Shellac’s Bob Weston was trusted to do the mastering). During this time, Aron purchased a myriad of new guitar pedals in his ever‐enduring chase for the "perfect gase* sound" which, to this date, he has yet to find.

Thirdly: Out with the old and in with the new. A buke** creation by their friend now replaces the wooden-toy that formerly occupied Arone's hands. This new “battle axe” is made of steel salvaged from an automobile, with a halved pipe acting as the neck.

And so - hot on the heels of their recent Function Falls EP, a widespread US- & UK-tour with Deerhoof and after being invited to perform at two (!) All Tomorrow's Parties Festivals in a row, one curated by Shellac and the other by their friends The National - our favorite self‐invented duo returns with 'General Dome'. One track, 'Hiccup', has already been unleashed, which Pitchfork dubbed a “Best New Track” and calls a “mobilising, bodily cry.”