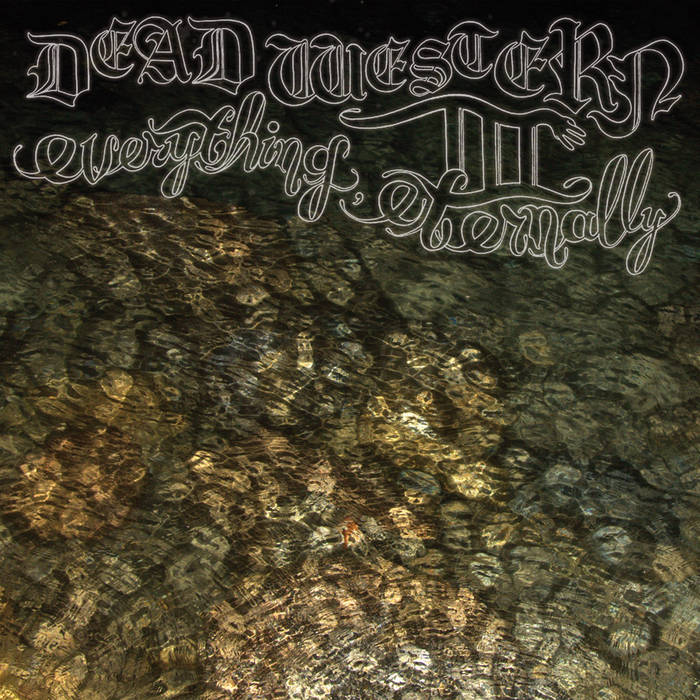 Enjoy the brandnew video for "All I Need Is All Around"
www.youtube.com/watch?v=npFh3OPfdzk
vimeo.com/42519121

“I’m happy to share what I know with you. It’s not much, but sometimes a little can do.”
(first words of “Everything, Eternally”)

Hailing from the “New Weird America” and the Psychfolk-scene of the US-Westcoast, Dead Western was never really easy to categorize: A troubadour, a dandy or an artsy hippie? Who knows – who
cares? In fact he’s one of the most interesting and impressive characters in the guild. Not only his heartcrushing deep timbre or his theatrical appearance on and off stage, but his engaging lyrical strength or the simply wonderful arrangements in his music are the major attractions of the little band Dead Western.

After the startling success of Dead Western’s magnum opus “Suckle at the Supple Teats of Time” (2010), Troy Mighty and his tiny magical orchestra strike back with another impressive piece of art. In the 10 mindblowing songs of “Everything, Eternally” we hear a young man from California, who sounds like an old tree singing songs of love and sorrow, of harmony and destruction, of the past and the future, of others and the self, accompanied by a sensitive and graceful armada of instruments, guided by a truly unreal spirit and the force of a bipolar poet.
After listening to songs like “The Old Times” or “Collapse” and considering the stunning new video for “All I Need Is All Around” it’s obvious why Mighty is often compared with a tree. The following
press quote by Weird Forest fits more to Dead Western anno 2012 than at any point of his career:

"Who is Troy Mighty? In shadow he appears neanderthal; in light he waxes angelic. He sounds like a forest growing with the throatless groaning of age-old trees, feels like a Victorian passage through limbo, looks like a Grecian statue. It is the shifting of rock, the scuttling of insects, the hissing of the wind: frightful, eternal."

Much has been said about Dead Western in the past, be it a “genuine spectacle” (Submerge), “an extraordinary folk-opera” (Uncut), “the new shooting-star in the freakfolk-guild” (Taz), simply “stunning” (De:Bug), “the Antony Hegarty of folk music“ (Piranha), “oddly compelling” (Rock-A-Rolla), “Post-Current93/CocoRosie-Hype” (Vice), “the martyr of joy” (Goon) or just “intensive as hell“ (Intro), one line seems to fit gracefully and… eternally:

DEAD WESTERN IS THE SOUNDTRACK TO YOUR FEVER DREAMS.
SONGS THAT SOUND LIKE THEY HAVE BEEN HERE FOR HUNDRED YEARS.
MUSIC YOU CAN HIDE WITHIN AND BRAVE THE WORLD OUTSIDE.