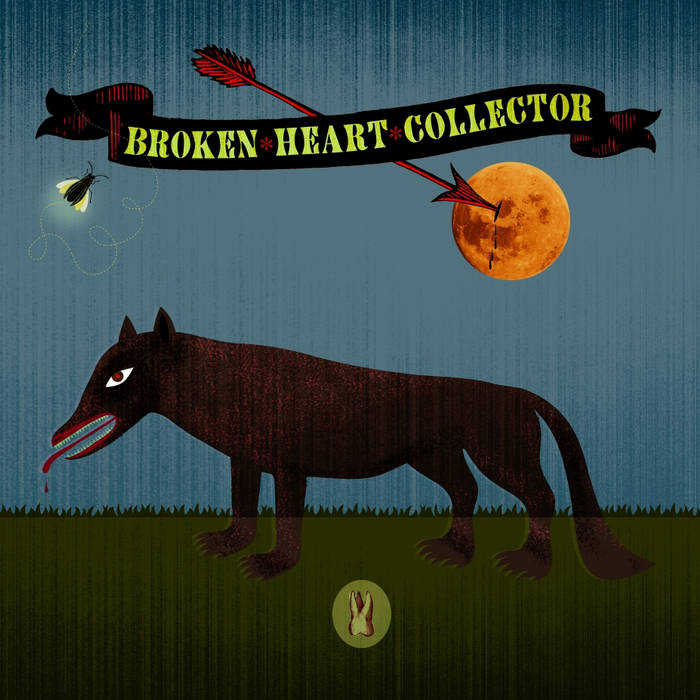 For BROKEN.HEART.COLLECTOR five champions of undefined paths join forces, having found what was meant to be found - each other:
Slovenian vocal artist and bass flutist Maja Osojnik, well versed in traditional Slovenian folk songs, pop & avantgarde, as well as black metal grunting, performs in various different outfits (Rdeca Raketa, Maja Osojnik Band, FruFru, Subshrubs); Bass clarinetist Susanna Gartmayer known from the manifold domestic improvisation scene; and there is also Bulbul – the Austrian superband, for years utilizing the classic rock line-up and pushing it beyond its boundaries, releasing conceptual field-recordings and blowing up the most profound pig-rock-smasher in the spheres of the impossible.

Upon the instrumental fundament, Maja Osojnik wails hypnotizing passwords that hold the reoccurring subtext of "I control you". Her voice now floating frigidly, then hissing like a mad child raised up amongst wolves and finally closing up around the group snakelike.

"Broken.Heart.Collector" is an intoxicating stream of lava, guides along The Cabinet of Dr. Caligari, unnoticably passing owls whistling 'good-night's' and wobbling shadowrealms dragging into disco beats. Suddenly you are on an overwhelming trip in the desert with Alejandro Jodorowsky, gliding through agravic spaces and oversized soundscapes above which rattling chains and twittering iron can be heard. Drifting far without getting lost: The album always reclaims its pupils and cracks the whip when it's necessary.

Their instruments - often prepared like John Cage used to enhance the interest of a piano with palette knifes, rubber bands and other utensils - lead from strictly reduced passages to excessive shamanic space-trips with field-recordings. There's squeaking and rattling until steel string guitar, driving bass, tricky drums and a hell of a clarinet trim it all into bruitistic layers finally mutating into an undertow-like groove.